Musings on water economics: the problem 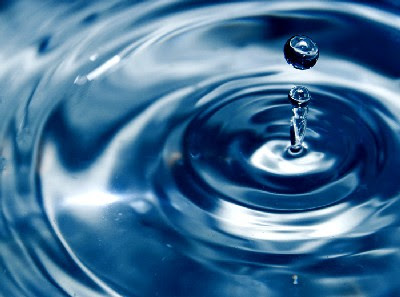 Some time ago I wrote that the manna was talking about the Bible it probably was water. Water is actually the only food that falls from the sky to us. It is such an important food, that we can live more than a month without trying other meals, but not more than a week without water.

Many important cities had grown besides a river, the first communities settled in such places due the easy availability of water: as London on the Thames, Rome on Tiber, Paris along the Seine, New York by the Hudson, Santiago on Mapocho and Lima along Rimac, among many others.

Water is not scarce

The definition of economics is commonly related to scarcity, Samuelson said something like "Economics is how societies use scarce resources to produce valuable commodities and how to distribute it.". This is the main difficulty of water economics: for much of the history water has been an economy of abundance, only at special times, and specific places, water has actually been a scarce resource.

It is estimated that only 2.5% of the world's water is fresh, and just 0.4% is available for human consumption, the rest is locked up in ice caps. But this small percentage is more than enough for the needs of many times more people than currently exists. Although the percentage is relatively small, this is still a very abundant resource because water is renewable by nature. If we get to use nuclear technology to desalinate by example, we can consider water as an infinite resource for all practical purposes.

What there is not, sometimes, is free water

Although the water is abundant, in some specific regions it is scarce, the water is abundant but with unequal distribution in different parts of the earth. There are places where desertification has dried territories, and still remains people living there, as in northern Africa. There exists a cost to bring water from the places where it abounds to those where it is scarce. In places with large mining operations as northern Chile, water is also expensive because mining use lots of water and may be profitable enough to pay high prices for it.

From the 0.4% of available fresh water, approximately 65% is used for agricultural irrigation, 27% for industrial or mining and 8% for human consumption of drinking water. In the chain of water some links are weaker than others, the weakest link is agriculture because it requires huge amounts of water and often it is not profitable enough to pay high prices, in fact, usually does not pay a single penny for water to irrigate crops occupied. So in times of drought, agriculture is the first sector in busting.

Much stronger is mining, with an economic return sufficient to pay high prices for water, even expensive desalination plants can be instaled, so as recycling, etc. thus they are in a better position than farmers. And the strongest step is drinking water domestic distribution: for reasons of survival all government ensures that this sector is the first to have guaranteed access.

Where water is abundant there is no need of any water economy, because is not worth a single penny in those places the water is still a godsend as in biblical times. But there are other places because of drought or explosive population increase, water becomes scarce and purchase price. In those places where the need is water economy and water use rights, because it becomes a scarce resource.

Scarce water is a local issue

We must understand then that the water economy is a local, not global, it exists only where water has become scarce for some anomaly. Arica is an excellent example: population grew from 20,000 in 1958 to about 160,000 in 1988, which brought an increase in irrigated acres Azapa and Lluta, with the particularity that is one of the very few places the world where never rains, so water availability is subject to rain in far away regions. It is a classic and one of the most interesting places in the world to study the economics of water. Too bad nobody seems to be interested in the subject here.

How to cut the tart

In these cases there is the basic economic problem: how to allocate a scarce resource. There are many alternatives ranging from arbitrary allocation of quotas by any state agency to considering water as an economic good like any other, appropriated by anyone and freely traded in the market. Apart from any other consideration the economical solution to this problem is to split the action so that their use is the most efficient of all possible, that is to benefit the greatest number of people. So is raising the issue and missing now reviewing alternative solutions.
Posted by Tomas Bradanovic at 8:45 PM