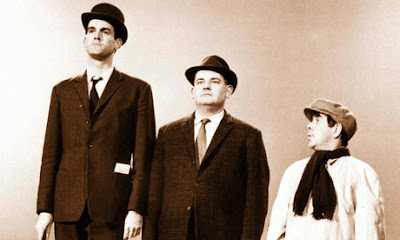 (Published in the online edition of I Love Chile)
“In Chile nowadays, despite the good macroeconomic figures, prosperity is not reaching to the people, this is because the huge inequality, one of the largest in the world where the poorest people live at the same level than African countries and the richest enjoys of European standards. People rebels against the inequality and this is the real clue of the protests”.

I had heard that for years, it is the mainstream of the progressive thinking. However I have an alternate theory, but first I must refute the standard.

Prosperity is not reaching to the people?
Most of indexes of quality of life show that Chileans, in average, are living in best standards than ever: poverty, education, life expectations are better compared with the past decades and with other Latin American countries. There is an acid test of the impact of economics on people: unemployment. The unemployment rate in Chile reached 8.1% in 2010, 1.6 points less compared to 2009, when it reached 9.7%, according to a report by the National Statistics Institute (INE). Considering that the labor force in Chile grew 7.9% and the 1.6 is additional, 428,280 new jobs were created, something considered impossible by many economists not long ago.

Certainly, nothing is enough. Like Monty Burns used to said "I would give all I have just to have a little more," but 428,280 more people employed is, from any point of view, a significant improvement . All other statistics may be debatable, but an increase in employment is a definite sign that prosperity is reaching people.

The poorest people live at the same level than African countries?
Not true, this idea was stated by the Chilean economist Andres Zahler, in an article called “What country Chileans live?”. I remarked him by twitter that in Angola, the country with which he compared Chile, "more than two thirds of the 16 million inhabitants of that country live on $ 2 a day, and 4 million people survive on U.S. $ 0.75 day or less" His explanations were very poor.

People rebels against the inequality?
It is hard to believe that in a country rage against inequality, the political parties of left obtain less than 9% of the vote, and the party of extreme right is the most voted. Much harder to accept this idea as true if we consider that people elected as president to one of the wealthiest billionaries of the country. Are Chileans resented with the inequality? I guess not, Chile has been always same as unequal, under any kind of rule, we have not been an equalitarian society, ever.


An now, my alternate theory on social unrest

The double discourse
In Chile, as most of Latin America we use the double discourse in abundance. Many parents advocate for a public education, but they prefer private schools for their own Childs, even teachers of public system prefer private schools for their kids. Chileans may be very socialist and revolutionaries in discourse, but they often choose individualist and conservative choices.

The communist party
Communist Party plays a central role in protests, their political future is uncertain because, with no help from la Concertación, they are loosing their seats in congress in the elections to come. That is why they have go go out to the streets.

The vanguard
Street figthing obeys to old rules clearly recognizable, as Lenin's idea of the revolutionary vanguard, a small and well organized group to lead the process. Camila Vallejo and Jaime Gajardo, both communist militants leads the vanguard. They make alliance with useful idiots (concept attributed to Lenin) and lumpen proletariat (Marx's concept). The street figth with lumpen proletariat aims to shock to the public opinion, but they also need a good press, a role that must meet the useful idiots.

The supporters
Obviously not all protesters are communists, most of them are students and their parents, part of the 49% of Chileans who voted against Sebastian Piñera and feel happy to cause problems to a rigthist government, they are in charge of the good press and to prevent that those who want to study broke the movement.

The President
President Piñera has alientate his base trying to attract part of those 49% who voted against him with sucessive offers. He feeds the protest trying to negotiate with those who are not interested at all in the end of conflict: is the dialogue of the deaf.

And this is my theory, not a mainstream but I think it explain more reallistically the protests than the standard.
Posted by Tomas Bradanovic at 11:49 AM