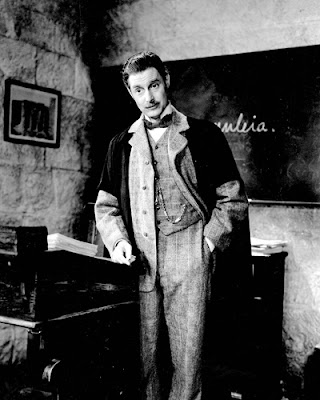 (Published originally in I love Chile)

Few have noticed the announcement by the minister of education about alternatives to end the school year. Two of them are well known: to study elsewhere where the schools are not on strike or to be assimilated into other schools. Both have many practical shortcomings, but the third, which encourages students to take final exams as independent students, is revolutionary and can give a tremendous boost to home schooling in Chile.

The ministry of education started the website, Yo Estudio, with content for students to prepare for their final exams by themselves; this option has always existed, but has never been supported, directly or indirectly, by any government. This is the first time in our history that a government explicitly supports home study and independent examinations, not merely passively but actively by delivering online content for students to prepare for their exams.

Many will look askance at this initiative and will think that the future academic performance of those students will be less than those who go into the classroom; it remains to be seen, especially when comparing results with the municipal education. It could be a big surprise.

Chile pioneered many revolutionary ideas in the eighties: pension reform; flat taxes; new mining and water rights, and so on. This is the first really good idea to be implemented that I have seen in thirty years. I hope the protests of the municipal schools will continue indefinitely as it would lead to a massive number of students moving away from dependence on poor teachers and take over for themselves for the first time in their education. I think the massive support for homeschooling could make a Copernican shift in the Chilean educational system.

What about universities? Well, for many of the old professors all they do with their computer is read e-mail. They are unlikely to develop distance learning content, because they come to lectures with yellowed pieces of paper from the era in which they studied. But if there is a corporate policy from universities to support distance learning many courses could be saved. It seems clear to me that neither the rectors nor the professors from state universities would like the idea. They chose the path of least resistance and maximum gain many years ago, and there is nothing for them out of this.

When I went to study at the University of Tarapaca, in 1978, they had just removed a pedagogical experiment that proved disastrous in the teaching of engineering, called the "Keller Plan" or system of personalized instruction, where instruction is divided into modules with goals to achieve, similar to the current skills education.

In the Keller Plan students were not going to classes, but rather, received huge piles of notes and exercise guides to learn on their own with the help of assistant instructors. When students felt safe they asked to take the exam. Keller popularized his system with a book entitled “Goodbye Teacher!” Well, the title says it all.

The Keller Plan failed due to poor implementation: in the late seventies there were not even photocopiers and paper notes were mimeographed, while computers or internet were the stuff of science fiction. The professors had no experience in preparing the material properly, and "study notes" were mere copies of the textbook where, in engineering, are characterized by murky language that is difficult to understand without help from someone who knows.

And what of the students? As they were not obliged to attend classes, and they were asked when they felt ready to take exams, they simply spent their time at parties and drinking, never feeling ready to take any damn test. I do not remember having met a single mate who approved a course with the Keller Plan, during the only year the experiment was implemented.

Many might think that now the same thing will happen and set an example that shows the poor results so far of distance learning. I do not agree. First of all the technology that exists today to learn is light years ahead from that of those years. With the Internet we have at a click the world's most comprehensive libraries. The dream of the Library of Alexandria today is a reality. Any place with an Internet connection has more resources and content than the best library ever. Also the Internet is readily available, at least in most of Chile.

Preparing the courses is not a big deal now that the Internet is full of courses from the most prestigious universities in the world. The teacher now has only to find, choose, cut and paste. Prepare classes today is easier than ever before because not even the greatest sage has more knowledge than what is now available online.

And again the students: are they as devoted to parties and drinking as in my good-old-days? Perhaps at first, because they have been trained like monkeys in standard classrooms, forced to listen silently to their boring teachers from their early childhood, and never being asked to think on their own.

Also we have to realize that children today are already accustomed to learning on their own. Every day there are more kids in Chile learning to read and write in English if only to communicate and participate in forums or chat with their fellows in that language. I'm pretty sure that, at least in the learning of English, the prospect of getting to say goodbye to the teacher it is accomplished.

There are things that seem bad but over time can achieve good results. The student strike may be the beginning of the true solution to many of the problems with education in Chile, and perhaps the teachers, without realizing it, are digging their own graves. I hope so. We will have to wait to see what happens.
Posted by Tomas Bradanovic at 9:31 PM