Arica is the Chilean hub for transgenic research 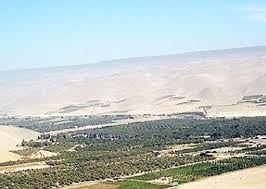 During 1995, a branch of Dupont Company, arrived to Azapa Valley, in Arica, and started Their First trials on isolated crossing blocks for seed research. It was a very low profile operation followed in 2003 by Maraseed, who was the first to Establish formally in the Valley. Since 2007 the operations boomed, and today all the seed producers in Chile are in Arica, either with their own operations or with third parties.

Arica is not a producer for end users (farmers), but it is where research is done and new seeds genetically modified are tested and developed. The industry of seed research in Arica has several advantages such as the very stable and warm climate, allowing planting any day of the year and obtain more than two crops yearly. This is a sound advantage for the same reason as other studies uses flies who reproduces several generations in a short time: it may shorten the development of new products in one year or more with lot of time and cost reduction.

Arica is no unique as location for this industry, there are a few other places in the world competing such as certain areas in Hawaii and Panama, where you can also get more than one harvest per year. There are also other advantages in our valleys, but probably the weather is the essential one. The Valley of Azapa fields are used to test the behavior of crops, and to multiply crossed seeds. Research is made with soybean, corn, sunflower, sweet corn, canola, vegetables and flowers. The new varieties of flower seeds -despite they are small in volume- are the most profitable and mostly exported to Holland.

What is the economic impact of seed labs in Arica? The direct impact is not much: 1179 jobs average in a year, with a salary around a thousand dollars a month. Good but not much in the local economy. There is however, some social benefit because most of workforce is unskilled and they are trained in the same companies, obtaining a formal job, unlike of illegal inmigrants that small farmers use to hire.

But the strategic importance is much bigger. Our valleys, with scarce water and limited arable land are very vulnerable with the exploit of small farmers, they operate at a very small scale with low yield and high resource consumption. Small farmers employ informal workers from Peru and Bolivia, they consume water often irrationaly and/or illegaly and have deteriorated soils and underground reservoirs with the undiscriminated use of pesticides and fertilizers. The uncontrolled grown of those small operations menaces the supply of tap water to the city and press to the government for subsidy incredible expensive irrigation systems.

The economic rationality advices that scarce resources must be employed in production of goods with high value, seed research is a high-tech activity who add lot of value. The yield per hectarea and per cubic meter of water used is much bigger, more efficient and less poluting that the small scale farming. To create improved species of seeds is the best possible destination for the valley today and in the future.

In my view the short term impact in local economy is not big deal, but the strategig, long term effects, can be very important, swithching from many small farmers, often inneficient and enviromentally unconcious to a specialized hi-tech industry. The role of government here is watch the operation compilance with enviromental and legal framework, and avoid to subsidy big companies, so as massively do with small farmers: there are no better way to kill the competitivness of an industry than give them subsidies. Only self sustainable business may exist in the valley, based in comparative advantages -and not in taxpayer money- to make profit.