Schools in Chile: an alternative to the voucher system 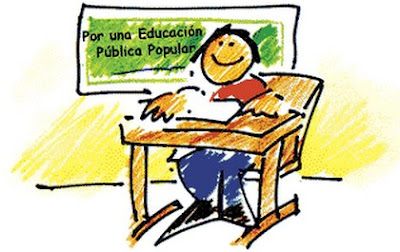 In Chile during the eighties, the military rule decided decentralizing all the primary and secondary schools system, By those date most of them was managed under direct supervision of the Ministry of Education, with a minority group of paid elite schools and also some who was free with subsidy from government most of them was owned by the Catholic Church and masonry lodges.

The reform quited administrative responsibilities from Ministry of Education and passed to corporations: the schools formerly administrated by Ministry of Education was transfered to municipalities and the private free to corporations created by their former owners. Nowadays in Chile exist 3 different class of schools: one who depends on municipal corporations and is government owned, others depend on private corporations and are totally or partially free. The third group are elite: private and paid and are very few.

Municipal and private corporations received a direct subvention from government in a per-alum basis. Ministry of Education supervises the attendance of students and pay a certain amount for every student. This subvention allow to the owner of the corporation (who may be for profit) make good money as return of investment or re invest in the same or more schools (the most usual). There are lot of competing schools looking for students and offering them extra services, academies, etc.

Municipal corporations finances with money from local government for operation, who receives the subvention and usually receives big amount of money from national government for their investments. They are very politicized, riots are frequent and quality of education is not very good (with few exceptions) due the privileges of teachers, Private corporations finances as any business, with the subvention is enough to cover operation costs and the investments required. It is easy to distinguish municipal schools from private corporations owned: municipal are mostly ugly, bad maintenance and full of graffitis. Private are nice and clean.

When the system started the private owned with subvention where a tiny percentage, now they exceed the 60 percent and municipality has serious problems to keep working, actually many of them had been obliged to close or merge because the lack of students. There are a fierce opposition from many politics, intellectuals, economist and educators, so as unions of teachers from government, but the process in Chile seems irreversible, because even most of municipal teachers sent their kids to private subsided schools. There are many problems yet with this supply side subsidy, who probably may be solved with a system of vouchers who subsidy to the demand, but today it seems politically unfeasible.

Posted by Tomas Bradanovic at 4:24 PM